Freefalling off the Unemployment Line: job search past 55

Freefalling off the Unemployment Line: job search past 55 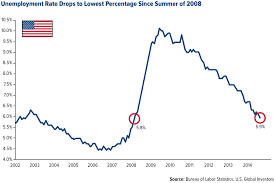 
I woke up in jail with the jackboot of a SWAT team officer pressed down on my back. Choking from tear gas, I was picked up by my hair, handcuffed and thrown into the back of a paddy wagon. This was not a dream or a 1970 anti-Vietnam War demonstration flashback. It was YEAR TWO after I lost my job, and under arrest for peacefully occupying a park with others who were protesting homelessness.

After all, America was great again.

The news came that the company where I worked as a business development executive had gone bankrupt and the pink slip that followed was one end of many unsuccessful attempts at landing the lifelong occupation.

Luckily, after changing jobs fifty-five times during my rock n’ roll musician's previous life, my corporate job lasted eight years and left me a small 401k and Social Security pension, which was a few years away before I was eligible to collect on them. All I had to do was figure out how I was going to survive until I could get the benefits. I was 56 years old, single Dad, and caught in what is referred to as "the bridge" i.e. those years between the ages of 55 and 62 when health insurance is too expensive and considered to be too old for much of the job market. Regardless of the bleak picture, I took a deep gulp and the job loss shock with tentative confidence.

The unexpected side effects of looking at tall buildings.

After the first year of tracking my employment rejections in my ever-growing spreadsheet, I tried polishing my brand with interview coaches, resume writers launched a slew of social media job search accounts, rehearsed and honing my interview skills into a tape recorder, video selfie and died my hair. Including, customizing my wardrobe per what I thought matched the salary level of the potential job (tie or no tie). What I learned about unemployment and being a senior was after applying for 715 jobs over two and a half years were encountering the terrible too — too experienced earned too much money, and then there was the too "Jurassic."

The bottom line was regardless of what the media said was a “good economy” there were no sustainable living wage jobs in my skill set or was the rejection for the other reasons? What were my options past 55 years old? Go back to school and become a nurse? I already had two vocational certificates and two college degrees. How many ways must one reinvent themselves in a lifetime? Call it luck? I knew people with high paying jobs in IT and manual laborers with no post-high school education.

Honestly, I didn't need a college degree for most of these jobs. The need for a college degree is a sham similar to the American Dream hoax. The person who designed this Blog platform has no college degree. I call the college degree the high water weed out processor. What I thought was my ticket to the middle class put me in debt for life. One thing improved in the job application process is I no longer had to give my birth date, religion, and my hobby. The days of the "help wanted" sign in business windows were gone and now a search spider determined if I'm the right fit.

The right place at the right time? I missed the self-employed recession-proof job. I failed to buy Apple stock for $1.00. I didn't see the SEO boom. I was now on the Tuba player back up list. The question wasn’t why but what melody should I play.

I ran the numbers and working minimum wage telemarketing jobs, surfing food shelves, Thrift Stores, and various public means assistance programs, like I had done when I was a struggling rock star, wasn’t going to be enough money. Sad to admit but I had no fans and even my yesteryear rock star client tossed me under the tour bus.

If I was a millennial, tips on being poor and believing in another chance would be relevant. But after you're 55-years old what do you need to know about pursuing senior subsidized housing? Sign up for Meals On Wheels, volunteerism, learn Word Press, and all else fails scout garage sales and become a resell guru on Craigslist. Wake up sleeping rust, your previous life is over. In America the opportunities are endless? Reach for the stars!

The bills were crashing down me and time was running out. My savings looked like a half can of Spam, and I didn’t qualify, for reasons never explained, to refinance the mortgage on my home.

After 50 years as a Minnesota resident, I lost the only long term home I ever knew in foreclosure, the place where I had raised my daughter, neighbors and a billion memories fueled my last Minnesota nice campfire.

Furthermore, both of my parents had passed away a day apart only a few years earlier, my older brother died, my sisters, both suffered divorce, and my ex-spouse died from liver disease. There was no saving the day inheritance or friend. I really had no one able to step in and help make ends meet.

I figured I was collateral damage? Mom and Dad said I was a misfit. The “system” wanted to rehabilitate me long ago. Maybe they were right?

In an act of self-esteem building, I celebrated a handful of my life's lottery ticket moments. I’d published a book of poetry and a novella, released a double album of music, owned a recording studio, performed as a professional guitarist, landed a major label music contract and resurrected a former rock star’s career. Only months earlier, I was shaking rock guitar legend, Jimmy Page’s hand. In addition, my last job, I earned a President Club sales award! I'm a winner! And America is great again. What happened?

“We’ll keep your resume on file should the first person not work out,” the hiring manager said with encouragement.

I lost my home, for half of its original value, to a young immigrant couple. Ironically, they came to America for a better life — the same reason I was considering leaving it. I wished the young couple from India good luck and as a gift, I left the new owner my lawnmower. I was about to find out what it meant to be a refugee. I had seen the writing on the wall.

It was too late for me to start up my own business and I seriously needed a reboot experience. So, I contacted an expat I knew living on Bali. Hungry for anything that sounded good, I sucked up his Kardashian painted life-style on the island — living on the cheap, no stress days filled with Yoga, available women, and healing. Who could say no to that!

I was such a ball of wax the realities of not knowing the language, culture, or how anything worked on Bali was overlooked. In fact, I didn’t care. I was crazy in a sick society.

In an act of soup line fear, I booked a one-way ticket to Bali, Indonesia. In preparation, I tried to wash the tear gas from my clothes and backed up my life on an iPod. There were worse things, I reasoned like a drunk driver severed your spinal cord?

My modern American life evaporated before my eyes: job, house, cabin, pet, health care, car, an extensive record and book collection, everything that collectively added up to the past 50 years of my identity, sold.

I was not over-leveraged. I lived according to my income afforded.

As I lost my possessions, it felt like a butcher chopped off a part of my body. My suitcase was full of bloody fingers and toes. Even contact with my adult daughter would become a challenge and then there was the even the more horrible prospect of losing a reason to want to live. Basically, anything I couldn’t carry, with the exception of my guitar, my beloved cat, Boo Boo adopted, and my packing witness, an angry daughter giving me the dark eye of disapproval.

There was a sense of freedom in freefalling off the unemployment trail.

Absent a farewell party, bon voyage or last goodbyes, I faced my destiny on downsized me alone.

The unpredictable winds of change fingered my hair, the smell of lightning over a rice field, the hunger for a dream over the sacred smoke of Shaman fire. A flute in my head played and filled the canyonlands of my skull with an ancient melody that sounded like how a boy once saw his life outside a bus window.

The jet was somewhere over the pacific before it dawned on me this was really happening. I watched a sun that didn’t set. I accepted a red wine from the flight attendant and began to gulp down the reality of where I was headed. All I knew about Bali was from a yoga musician I knew who lived there. He said it was cheap. Until I had a better idea of where I was going, it was a type of cheap that I could swing for a while. The trip was going to take at least 27 hours. I would arrive a few days before Christmas in an alien world. I had plenty of time to sit there and stare out the airplane window. Push the delete button on a job application flashing on my iPod screen and wondered if I was making the right decision.

Hennings is the author of “Guitarlo” an award-nominated memoir that includes his experiences living in Minnesota and Indonesia.


This disclaimer informs readers that the views, thoughts, and opinions expressed in the text belong solely to the author, and not necessarily to the author’s employer, organization, web site ISP, search engines, committee or other group or individual.